3G是指第三代移动通信技术。相对第一代模拟制式手机（1G)和第二代数字手机(2G)，第三代手机(3G)显示了强大的优势，具体表现为3G可以让你的手机的网速像家庭宽带一样快;它能够处理图像、音乐、视频流等多种媒体格式，提供包括网页浏览、电话会议、电子商务等多种信息服务，其标志性功能就是支持视频电话。目前，中国移动、中国电信、中国联通三家公司已取得3G牌照，2009年被业界称为“中国3G元年”，亚洲称为全球3G发展最快的地区。
依据上文，“3G手机”最突出的两大特点是（）
A.联网速度快，支持视频电话
B.提供多种信息服务，支持视频电话
C.联网的速度快，能够处理多种媒体格式
D.提供多种信息服务，能够处理多种媒体格式
答案：A
解析：
属于主旨概括题。本题可以采用标点符号法来解题，对3G手机进行介绍时，文中采用了分号，说明分号前后是并列关系，并且后文重点说了手机的第二大标志性功能是支持视频电话。所以选A。
羌特勒是一种野生蘑菇，生长在能为它提供所需糖分的寄生树木——例如道格拉斯冷杉下面。反过来，羌特勒在地下的根茎细丝可以分解这些糖分，并为其寄主提供养分和水分。正是因为这种互惠的关系，采割道格拉斯冷杉下面生长的羌特勒会给这种树木造成严重的伤害。
下面哪一个判断如果正确，对上面的结论提出了最强有力的质疑？（ ）
A.道格拉斯冷杉算不上什么名贵稀有树木
B.羌特勒不仅生长在道格拉斯冷杉树下，也生长在其他寄主树木下面
C.其他野生蘑菇也有长在道格拉斯冷杉树下的，与羌特勒的特点相似
D.对野生蘑菇的采割反而刺激了它的生长
答案：D
解析：
要对题干进行有力的质疑，就要证明羌特勒的采割对道格拉斯的生长没有影响或有积极影响。A项、B项、C项对判断没有影响，排除掉。D项说明了羌特勒的采割对道格拉斯冷杉的生长有积极作用。
隐蔽型通货膨胀没有物价的上涨，因此无法用指标来衡量。（  ）
答案：错
解析：
我国科学家于2013年10月26日在杭州宣布，成功研发出人感染（  ）禽流感病毒疫苗株。
A.SARS
B.H5N2
C.H7N1
D.H7N9
答案：D
解析：
我国科学家于2013年10月26日在杭州宣布，成功研发出人感染H7N9禽流感病毒疫苗株。
资料：What attracts customers? Obviously the quality of a product does, but visual images contribute a great deal. It is not only the image provided by the packaging that counts but the whole corporate identity of the company.
There are now many products and services on the market which are similar in content though produced by different companies. It is vital, therefore, for a company to distinguish itself from its competitors by having a strong company image which is immediately recognizable.
Logos are part of this image. They are symbols which often include a name or initials to identify a company. The logo establishes a visual identity for the company, just as different groups of young people express their identity through hairstyles and clothes. All groups from all cultures and throughout the ages have used colors and symbols to show their identity.
In different cultures, different colors carry different meanings. Some colors may be connected with coldness in one culture and with warmth in another; some colors represent life in one culture but death in another. International companies have, therefore, to make sure that their logos will not be misunderstood or misinterpreted in different countries.
Many companies have, over the years, renewed their logos to fit in with contemporary design and to present more powerful images. Company logos can be emotive and can inspire loyalty by influencing the subconscious. Some logos incorporate an idea of the product; and a case in point is the steering wheel in the Mercedes logo, for example, and the airplane tail of Alitalia.
Logos are used on letterheads, packaging and brochures as well as on the product itself. They may also appear in newspapers or on television as part of an advertising campaign.
Companies need to have a strong corporate identity. The logo helps to promote this image and to fix in the minds of the consumers. Logos, therefore, need to be original and to have impact and style.

资料：Bank CD is the instrument uniformly figuring in the investment options of most investors. Bank of India CDs are safe, FDIC insured & offer decent returns. There is no brokerage, no fees or hidden costs. However, the Bank may impose a fee for administrative expenses involved in any legal action in connection with the CD. Look at our ‘Star CD’ plan below.
High Interest: Higher on Large amount
Our rates on certificate of deposits are among the best in the industry. The rate may vary on day-to day basis. For CD’s of above $250,000.00, the interest is simple i.e not compounded; therefore, annual percentage yield is same as annual interest rate. The interest is payable on the day of maturity of deposit. Interest paid during the year is reported to Internal Revenue Services. For today’s rates please refer to Current Rates of Interest on STAR CDs.
Maturity Period: Flexible to your needs
You may choose any maturity date with a minimum period of 7 days to a maximum period of 1 year to suit your needs. Your CD is automatically renewed for the same period in absence of any other instruction, at the ruling rate of interest on the date of renewal. There is no grace period for automatic renewal of deposits on maturity. For deposits issued for 1 year or more, we send maturity notices to the depositors 2 to 4 weeks before the due date.
Minimum Amount: Easy to Start
The minimum amount accepted is USD 2000
Other Features:
1.FDIC Insurance Up to $100,000
2.Facility to Open Joint & Corporate Accounts
Additional Deposits:
Additional amounts deposited into an account will be treated as fresh deposits & separate certificates of deposits will be issued for such deposits.
Early Withdrawal:
Withdrawal of deposit before its date of maturity may be allowed at bank’s discretion. In that event, interest will be paid at the rate applicable for the period for which the deposit remained with the bank or the contracted rate, whichever is lower, as prevailing on the date of deposit, less one percent. However, no interest shall be paid on the deposit which runs for less than 30 days. There is no other penalty or charge on early withdrawal.

According to the passage, which of the following is NOT true about Star CD? （ ）
A.The minimum amount to invest is USD 2000.
B.You may choose any maturity date as you wish.
C.The rates on certificate of deposits may vary day to day.
D.Separate certificates of deposits will be issued for additional deposits.
答案：B
解析：
本题考查细节理解。
【关键词】not true; about Star CD
【主题句】
第七段The minimum amount accepted is USD 2000. 最低投资金额为2000美元。
第五段You may choose any maturity date with a minimum period of 7 days to a maximum period of 1 year to suit your needs. 您可以选择任何到期日，最短期限为7天，最长期限为1年，以满足您的需求。
第三段The rate may vary on day-to day basis. 利率可能每天都有所不同。
倒数第三段Additional amounts deposited into an account will be treated as fresh deposits & separate certificates of deposits will be issued for such deposits. 存入账户的额外金额将被视为新鲜存款，并将为此类存款发放单独的存款凭证。
【解析】题目意为“关于‘星光’大额存款计划，以下哪个选项不正确？”。选项A意为“最低投资金额为2000美元”；选项B意为“您可以根据您的意愿选择任何到期日”；选项C意为“利率可能每天都有所不同”；选项D意为“将为额外存款发放单独的存款证明书”。根据主题句，到期日必须在7天到1年之间，因此不能随意选择到期日，故选项B错误。
资料：“I wouldn’t be here today if not for the generosity of strangers,” said Michael Moritz, while announcing a major donation to Oxford University. A former Time Magazine reporter, Mr. Moritz left journalism to become one of the most successful venture capitalists in Silicon Valley. Through Sequoia Capital, the firm he joined in 1986 and has led for many years, Mr. Moritz was an early investor in Google, Yahoo, PayPal and LinkedIn. His personal fortune is estimated at well over $1 billion. Oxford University announced last Wednesday that he and his wife, the novelist Harriet Heyman, donated ￡75 million, or $115 million, to fund a new scholarship program aimed at providing financial aid to students from low-income backgrounds. Behind the headlines about the size of the gift was a family story of immigration, education and a sense of obligation that transcended generations.
“I grew up in Cardiff, went to an ordinary comprehensive school, and was the only pupil in my year to go to Oxbridge,” Mr. Moritz explained. “My father was plucked as a teenager from Nazi Germany and was able to attend a very good school in London on a scholarship.” In an interview afterward, Mr. Moritz said that his father, Alfred, had grown up in Munich, where his father was a judge who lost his post when the Nazis came to power. Mr. Moritz’s mother, Doris, was part of the kindertransport, a rescue effort that took about 9,300 unaccompanied, mostly Jewish children from Germany, Austria, Poland and Czechoslovakia to Britain shortly before the outbreak of World War Ⅱ. “ My father’s cousin, Fritz Ursell, was also rescued from terrible circumstances. When he came to Britain, he also benefited from scholarships, and grew up to become a member of the Royal Society,” said Mr. Moritz.
“It is all too easy not to remember, ” said Mr. Moritz, who has a history major and the editor of Isis, Oxford’s student literary magazine, as an undergraduate before completing an MBA at the Wharton School of University of Pennsylvania. In May, Mr. Moritz announced that he had been diagnosed with a rare medical condition which is incurable. But he preferred not to name the disease. “I felt I wanted to be my partners and with the public. But I didn’t want every ghoul on the internet following me.”
Charlotte Anderson, a second-year student studying German at Oxford and the first person in her family to go to a university, said that anxiety about taking on debt had nearly kept her from accepting the offer from the school. “it’s great to think that future students who follow me can do so without the fear that I went through.” She said while attending the news conference. Asked whether the university’s campaign to finance student scholarships through private donations rather than government funding meant that Oxford was giving up efforts to secure more public support, the university’s chancellor, Chris Patten, a former Conservative minister to Prime Minister Margaret Thatcher and John Major, joked that he was “ no longer allowed to have any political views.” 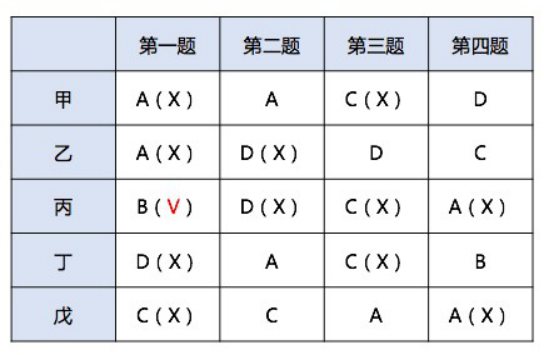 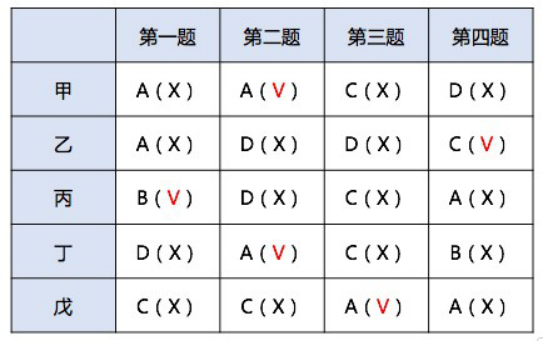 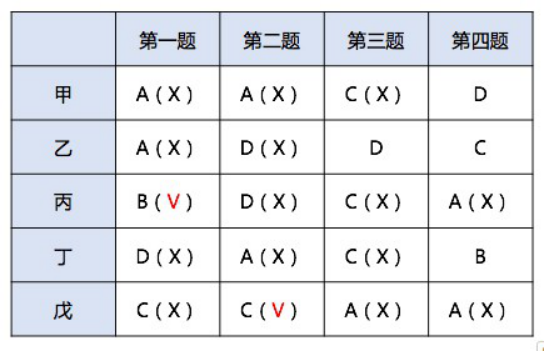